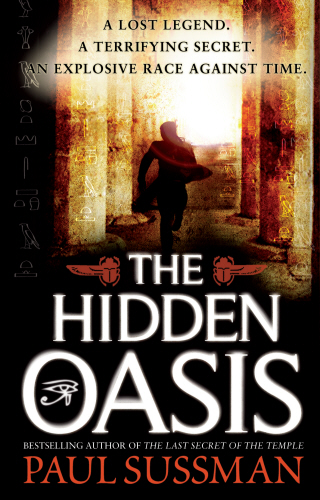 “Sussman’s third book is a little masterpiece which grabs the reader and drags you through the pages at breakneck speed.” Crimesquad.com

“Rip-roaring – you are in for a real treat.” Raymond Khoury.

“If you like Indiana Jones, check out Paul Sussman.” National Geographic

“Another winner from Paul Sussman – hands down one of the best writers in international suspense in the business.” Steve Berry

2153 BC. As Egypt descends into chaos at the end of the ninety-year reign of pharaoh Pep ill, eighty priests set out under cover of darkness into the western desert, dragging with them a mysterious object swathed in cloth. Four weeks later, having reached their destination, the surviving priests calmly slit each other’s throats.

1986. A plane takes off from a remote airfield in Albania, carrying a cargo that could decisively change the balance of power in the Middle East. Somewhere over Egypt’s western desert, the plane mysteriously disappears.

The present. A group of Bedouin travelling across the Sahara discover a mummified corpse half-buried in the sand dunes. Clutched in its hand are a roll of camera film and a miniature clay obelisk inscribed with a curious hieroglyphic sign.

Three unconnected events. Or so it seems until rock-climber Freya Hannen arrives in Egypt for the funeral of her sister Alex, a desert explorer who has inexplicably taken her own life.

For Freya it is the start of a terrifying, life-or-death adventure, one that will propel her and Egyptologist Flin Brodie from the balmy springs of Dakhla Oasis to the foetid slums of Cairo, from the murky world of arms dealing and international power politics to a long-lost chamber in the great temple of Seti l at Abydos.

Finally, it will take them both deep into the searing, barren emptiness of the Sahara. Their goal: a legendary desert paradise and the astonishing secret that lies at its heart.