The Last Secret of the Temple 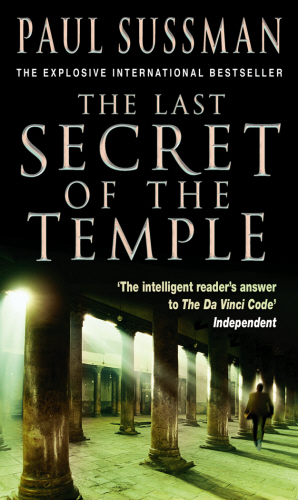 “The intelligent reader’s answer to the Da Vinci Code.” The Independent.

“A thriller on a par with the best. It should be required reading.” James Rollins

“The Last Secret of the Temple is a brilliant detective novel, hidden within a medieval saga, tucked inside of an archaeological mystery, surrounded by a modern-day Middle-East Terrorist Thriller.” Katherine Neville

“A breathtaking roller-coaster of a novel.” Crimesquad.com

When the body of aged hotel owner Piet Jansen is discovered amidst the ruins of Malqatta, a rarely visited archaeological site in the shadow the Theban Hills, Inspector Yusuf Khalifa of the Luxor Police assumes it will be an open-and-shut case.

The more Khalifa finds out about Jansen, however, the more uneasy he becomes. He is reminded of an earlier death – the brutal murder of an Israeli woman, for which he’d always suspected the wrong man had been convicted.

What begins as a routine investigation turns out to be anything but. Forced into an uneasy alliance with hard-drinking Jerusalem detective Arieh Ben-Roi, and campaigning Palestinian journalist Layla al-Madani, Khalifa finds himself drawn into a blood-soaked two-thousand year old mystery.

It is a mystery that spans the millennia – from ancient Jerusalem and the Crusades to the Holocaust and the modern-day killing-grounds of the Gaza Strip; from Cathar heretics to coded medieval manuscripts to long-lost Nazi treasure.

And at its heart: an object of such extraordinary symbolic power that, should it fall into the wrong hands, it could plunge the entire Middle East into all-out war.